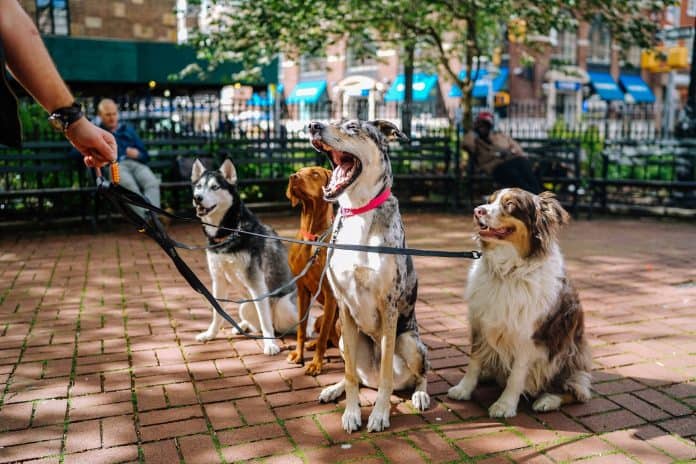 Pets are an inseparable and integral part of our lives. Those who are already an owner of those angelic furry babies will understand their value in a better way. We often plan out various ways to treat our pets the same as a child of our household and strive to do things to make them feel special.

Amongst the pets, dogs have been referred to as the most loyal friends of human beings since the very beginning. So, one such currently famous and the internationally celebrated event is a Dog Show, which is arranged almost by every country for a purpose entertainment for all the canine lovers and owners.

A dog show is also termed as a conformation or breed show where judges familiar with all the renowned dog breeds evaluates the individual purebred dogs based on their behavior and training. Now it has to remember that this is not any mere dog fair or show, but a steadily challenging event for which your pet has to be trained well. Which club to choose? Almost all the famous dog clubs or associations tend to organize a dog show each year, and it is absolutely up to you to select an organization where you want to enroll your pet’s name when he/she is ready to participate. But be sure to study the terms and conditions of each club thoroughly because the norms differ widely. Also, do not forget to take your dogs for regular check-ups to your favorite vet and try to make his or her suggestion to ensure whether your furry baby is fit enough and ready to participate in these events. We never want your four-legged friend to go through such a hectic schedule if he is not yet prepared to take part in it. Neither you desire such a thing.

The “confirmation” can undoubtedly be described as a beauty pageant of the dog globe. 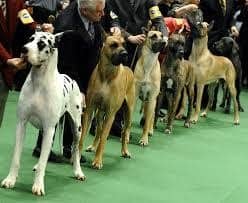 Only purebred dogs are allowed to participate in this show, and each breed is judged individually. Dogs participating in this show are distinguished in categories according to their sex, breed, and age. Then they compete in a hierarchical fashion where the winners at lower levels compete against those of higher levels until the final round arrives, where the Best in the show is chosen. So, this stands out to be the best opportunity for the dog owners to showcase and flaunt their pooches who are all set to rock the event by their beauty and talent. So, let us check out the rounds which have to be surpassed to win those beautiful victory ribbons. It is the duty of the judge who is mostly a dog expert to compare each dog to a standard set by that breed’s parent club. Therefore, it is the mob who love a particular breed to determine the standard for their breed. The canine baby who closely resembles the standard set is declared the winner after the event completes. The participants need around 15 total points to earn a breed championship. Now, after the completion of each breed judging and selection of the winners, each breed victory earners go for the “Group” judging. For example, according to the American Kennel Club, there are seven groups after the conformation or breed judging is over.

So, if your pet is participating in the conformation show, he or she must participate in all the seven groups if you are an enroller at the American kennel club. The dogs are not needed to compete against each other here because they are already being judged at every level of the competition. Experience handlers or trainers are often borrowed or taken along to portray the particular breed’s best potentialities. So, the owner is not supposed to interfere with the judging procedure, although experienced trainers are permitted to show off the dogs to their best advantage. 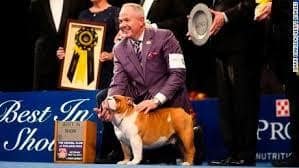 As stated earlier, dogs compete at dog shows to earn points or certificates that encourage them to progress towards championship titles. Now the winning procedure is organized differently in their ways by each kennel club. Although winning the best breed title under the UK kennel club is said to be the most difficult one. At certain shows, the top bitch and dog in each breed are generally awarded a Challenge certificate with three such certificates  needed to become a champion. The procedure is again slightly different in the big clubs of the US and Canada. There, each time a dog wins at some level of the organized show, it earns a point towards the championship. These number of points are the most integral part of the show as it helps the owners as well as organizers to keep the record of how many dogs are participating, their breeds and also, whether the show is a major or minor one. However, the exact number of points needed to gain a victory title varies entirely depending on the kennel or dog club offering the title, which is the organizers of the conformation show. Most of you must have heard the title Best of Breed. It is usually the title awarded to the dog who has been judged the best representative specimen of its breed at a conformation show. So, as you have already guessed, it is a proud moment indeed if your pooch has been crowned the Best of breed title after overcoming all the not so easy rounds of the show.

Talking about the renowned American Kennel Club or AKC, there is another exciting event hosted by them called the Obedience dog show, slightly different from the conformation one. Here mainly, the competition is focused on the obedience and well training of the pets to test their abilities. This is another excellent way to execute the bonding between the trainer and the pet as they participate as a complete team.

So, be it any event or show, life with a furry friend can be way more exciting than your usual mundane schedule.

Melissa Tylor - 22 February, 2021
Investing in a home appliance doesn't come cheap. Therefore, you want to make sure you are spending right. With the market full of so...

Melissa Tylor - 26 March, 2021
Have you ever listened to a fantastic instrumental that tears flowed down your eyes? Usually, when people speak of playing an instrument, they imagine...

Melissa Tylor - 5 August, 2020
Shelter remains one of the three essential things a man needs to survive in the world as it provides man with warmth and protection....