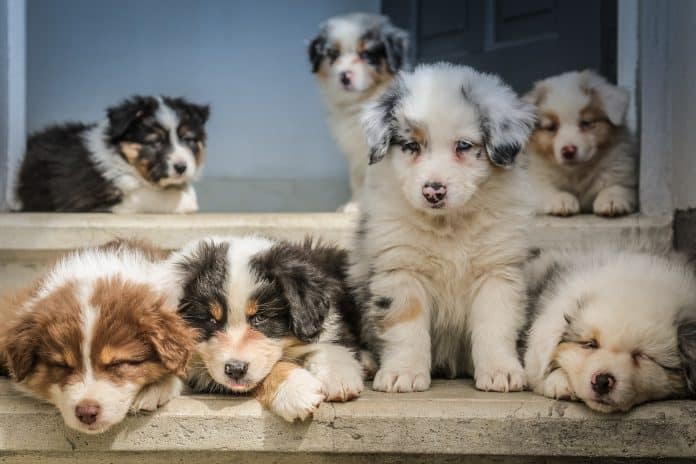 Animals make life better. They have been used for their ability to make people smile and create a calming effect that is perfect for emotional support. For some time now, those who have psychological disorders like anxiety have been able to travel more secure thanks to the help of service dogs.

This, however, may not be for long, with recent talks said to increase the red tape for claiming the need for service animals.

The talks of tightening rules when it comes to service animals came about after the U.S. Department of Transportation claimed to be bombarded with complaints from fellow passengers and aircraft employees. The ability to do away with emotional support animals is quite natural, only taking a quick tweaking of the paperwork required to change the rules. Currently, emotional support animals are classified as service animals, making it reasonably easy for those with disabilities to claim their heightened emotions and anxieties as a reason for their furry friend.

How do they plan to do this?

The most common animal used for emotional support is none other than the dog, with its calming cuteness. The U.S. Department of Transportation would take action by requiring additional paperwork and approvals before allowing a pet to be classified as emotional support to find those that are taking advantage of the system and making false claims. This could pose a problem, especially for those with a disability. 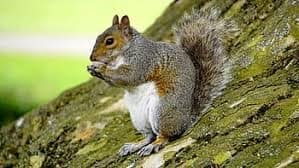 While there are some with disabilities that require the assistance of an emotional pal, several airlines have begun to speak out against the occurrence, claiming that there are a lot of passengers abusing the system. These accusations come after airport personnel started to notice a sharp increase in the number of emotional support animals. And we’re not talking the most conventional like dogs or cats. We are talking about exotic pets as well, with some airports reporting squirrels and even peacocks that were boarding planes for the sake of emotional support.

When asked about the increase in 4-legged passengers, Taylor Garland, Association of Flight Attendants (CWA) Spokesperson claimed: “What it’s caused is several safety, health and security issues onboard our aircraft, which has led to minor things like animals loose in the cabin to severe safety issues where untrained animals have attacked flight attendants or other passengers or other legitimate service dogs,” 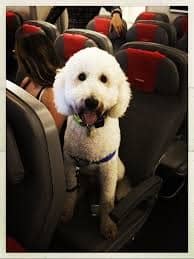 Increased reports have been popping up across airlines, raising the issue about safety and cleanliness. There have been cases where dogs have decided to relieve themselves, and as we all know, planes don’t provide much ventilation. Not to mention, there are only small areas where food and drinks are served, which created several health violations. Also happening high in the clouds, there have been reports of untrained animals attacking ‘real’ service animals, leading to an added need for some type of reform.

The Department of Transportation has vowed to ensure that those who require service or support will have and keep their right to travel with their animals. To make this happen, they claim they will first redefine what was previously classified as a service animal, clearly pointing out that the animal must be trained individually for their specific tasks. An actual service dog must go through extensive training with a professional, learning how to react and pick up on human emotions. In any event, a service dog must know how to seek help, usually minding their own business and keeping calm so long as there is no imposed threat to their owner.

Bring on the Paperwork

Very soon, passengers that had been claiming their animals as a means of emotional support can expect an increase in the amount of paperwork required. Before, not only was the definition of a ‘service animal’ quite narrow, perhaps the reason why some clever individuals attempted to bring animals like turkeys, iguanas, and pigs with them on board. It was also a low amount of paperwork required.

After this new influx of complaints, those claiming to require support from their pets will have to sign documents voguing for their animal’s health, behavior, and training. We don’t just mean academic types of training, with plans to also make passengers attest that their animal can hold their urge to relieve themselves on board.

On the Other Hand

As with most issues, there are a lot of grey areas and a lot who are entirely against this change, arguing that it is unfair to those who are disabled and may have troubling filling out the heaps of paperwork currently required. When asked to comment about the issue, Jennifer Mathis, director of policy and legal advocacy for Mental Health Law at Bazelon Center, argues that everyone has the right to use this proven method of support no matter what their disability may be. When asked to comment on the added paperwork requirements, she claimed: “I think that you know, the cumulative effect of making people attest to all these things is likely to scare some people off.”

While it is true that enforcing stricter checks and calling for more in-depth paperwork and documents could ‘scare off’ those who are taking advantage of the system, it could be an issue for some who need it. Still, the reason for this sudden change in thought came after a swarm of complaints, something that airlines take seriously. In just five years, the number of complaints received from airlines dealing with animals onboard nearly quadrupled, raising eyebrows.

Some airlines have already started taking action, upping the documents needed to bring an animal onboard. This trend is set to be taken up by other airlines as well, especially with complaints on the rise. While nothing is required across the board yet, passengers that are used to flying with their animal friends may be in for a change, one that could cause them a bit of a headache.

Melissa Tylor - 2 September, 2020
Day in day out, there are different forms of the judgment passed by a court of competent jurisdiction concerning cases handled in legal ways....

Melissa Tylor - 4 February, 2020
Just in case, if you are thinking of hollering your way through our bleak future with a good glass of wine…Well…A recent study published...

Melissa Tylor - 26 March, 2021
Have you ever listened to a fantastic instrumental that tears flowed down your eyes? Usually, when people speak of playing an instrument, they imagine...

Melissa Tylor - 5 February, 2020
Villages in Japan – today, they were not what they used to be years ago. With their populations dwindling, they could be living on...

Melissa Tylor - 13 April, 2021
As long as human beings continue to exist, there will always be a need for building constructions. This is because a building serves as...