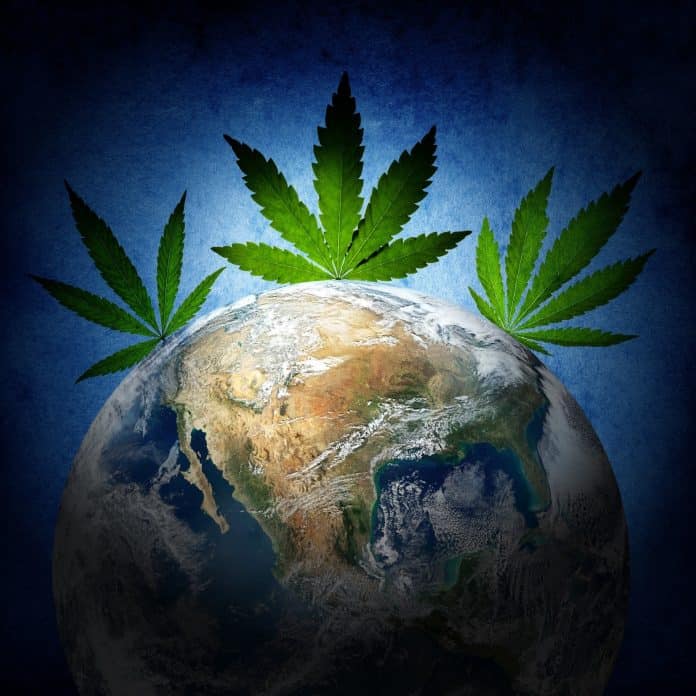 The 11th US state to legalize cannabis use was Illinois. However, it is also the first US state to include reparations on a cannabis bill. The bill passed into law by Governor JB Pritzker in June 2019. However, this law is valid from January 1, 2020. This bill allows and regulates the use of recreational marijuana for adults in this Midwestern state.

This bill is in line with those passed in the states of Colorado and Washington. However, there is one significant difference here. In the case of Illinois, the various communities living in the country are taken into consideration that are targeted systematically on the so-called “drug war.”

For this reason, only the cannabis advocates had stressed on the need to incorporate a few reparations during the legalization so that the various communities who have suffered unreasonably due to cannabis criminalization.

But what are these reparations?

The most fundamental reparation made was to give a “dramatic leg-up” to these communities through subsidized licensing fees, low-interest loans and more, so that the residents who want to operate dispensaries and shops and apply for as such before the law is implemented on the stipulated date.

A report also says that the state will refund these communities with funds that are generated through the cannabis returned to the country through direct investments. It also states that about 25% of the cannabis revenue is fixed to be allocated to the R3 or the Restore, Reinvest & Renew program of the state.

According to the state Representative Jehan Gordon-Booth, this reparation was added in the bill to enable people from all economic backgrounds to enter legal cannabis sales around the country, which is trenched by high financial barriers. This industry has long stood as one where all the profits were enjoyed by the rich only.

This is not all; this law will also rub out the arrest records for those charged with cannabis possession in small amounts (below .02 kg). The state law enforcement agency (or the police) was given till the end of December 2019 to gather and list the names and records of everyone who were arrested before minor cannabis crimes and furnish them to the governor for clemency. The governor wishes to erase about 800,000 criminal records on the same. 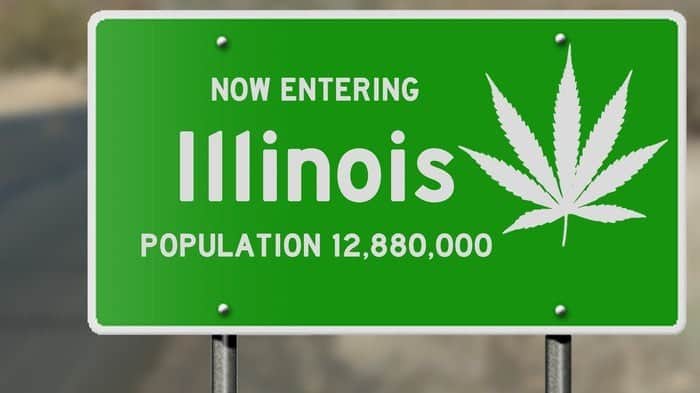 According to the legislators who crafted this package, the financial barrier to entry in this industry can now be broken with this law when it gets implemented on January 1, 2020. This barrier has kept the black victims of the drug wars from entering into this industry earlier. With this law, the state will now bear half of the application fee for the license seekers belonging to this community. However, this reparation only entails those who have either been imprisoned or charged with minor “pot crimes” or to those who are a long-term resident of the “disproportionately impacted area.” This law also tolerates if such SEAs or social equity applicants cite a family member’s incarnation as grounds for enjoying this law.

As we saw above, the SEAs who have received a license to trade marijuana in Illinois will also become eligible for enjoying particular individual loans with low interests from the state. Not only that, but the country will also grant aid directly for start-ups along with other such lucrative boosters incorporated into the law.

By 2024, the state expects that they will be able to put in about half a billion dollars from the new marijuana taxes that are also a part of this law. Experts deduce that if this goes on to happen, then the sales are expected to reach a whopping $2 billion annual mark. 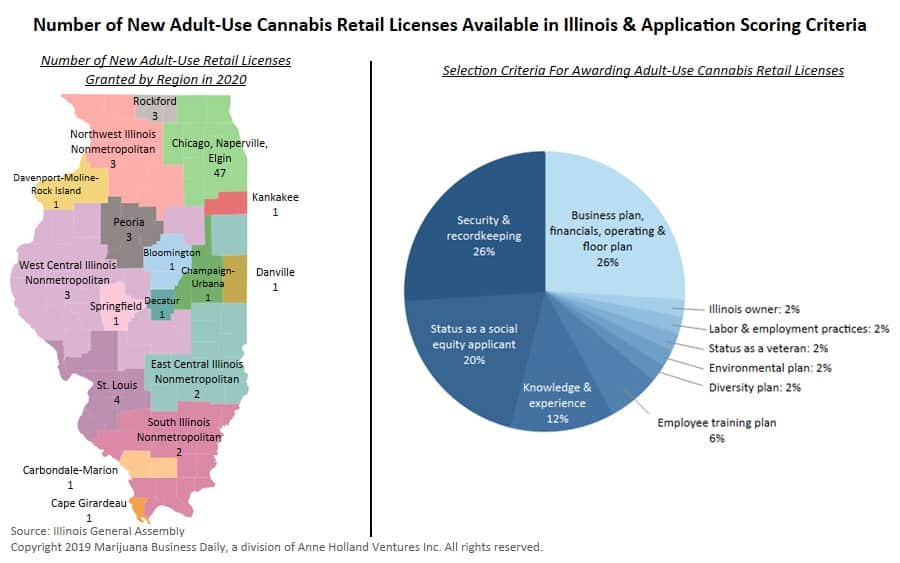 This law, however, did not sit well with the other states as they have attempted to argue on the idea of offering such reparative justice along with legalization. A few years ago, the state of Ohio tried legalization, along with an unconstitutional requirement for providing a particular share of business licenses to racial and ethnic minority members. This, however, failed to take effect. California’s legalization also had somewhat similar reparations, which also had been unable to take effect.

According to Chris Nani, a marijuana policy expert, the state of Illinois is opting to find social equity before enacting the law, which is the biggest issue throughout the countries when it comes to legalizing marijuana. The various comparative studies from this Ohio State Law School graduate regarding social equity programs in the pot business have been cited as benchmarks by the Minority Cannabis Business Association. As such, according to him, it is not impossible to fix this lack of inclusivity during the initial state, but it is a lot harder task.

Illinois is expected to set up multiple new official bodies, including a 24-member advisory panel that will solely be tasked with the public health impacts of legalizing marijuana in the state. Other official organizations would include a dozen different medical providers licensed to practice, a bench of 5 people who will be directly involved in the cannabis business, multiple policy experts, and zero law enforcement professionals. 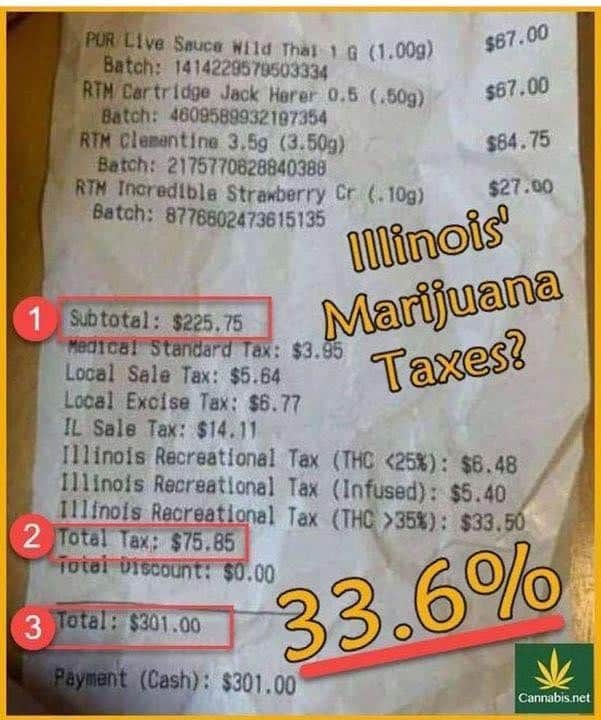 The R3 board will determine how the share of the social equity program from the hauled state tax due to cannabis legalization will be targeted and spent. The council initially consists of 12 members, including a couple of legislators from each party. However, they are soon scheduled to round off the election-oriented core. The board is set to add four formerly imprisoned people, one community service provider working correctly with immigrant populations, two violence-reduction experts, along with a few more members from non-profit organizations who would be deemed eligible according to these cannabis trade policies.

This R3 board would still have some loopholes according to experts that will be open to vulnerabilities, but it is expected to become a full-proof solution in the years to come.

Melissa Tylor - 5 June, 2020
It seems like the summer is upon us – you would most probably think, judging by the way the kids in the US are...

Melissa Tylor - 5 February, 2020
According to your experience, have you ever been in that position where no matter how hard you tried, you couldn't solve the couple's arguments?...

Fundamentals of Music You Should Know

Melissa Tylor - 16 March, 2021
What is your best song or band, or instrument? Everybody loves music, whether it is plain instrumental or a singer. Music is a major...